Aaron and Rosie’s Fun and Unique Proposal at Fathom Gallery 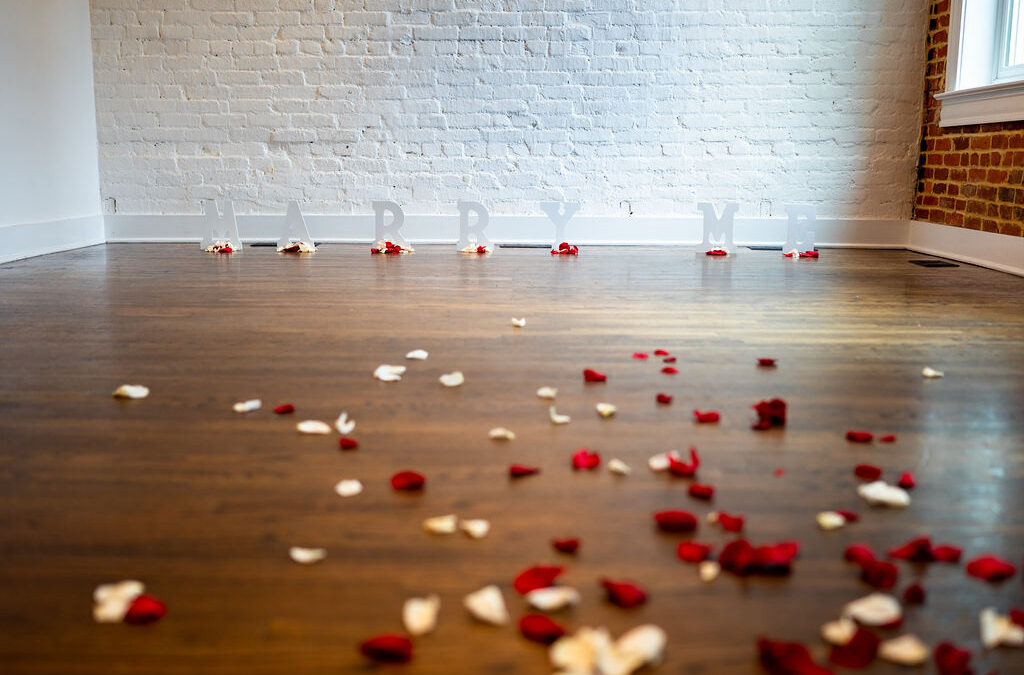 We had so much fun helping Aaron plan and execute the perfect proposal to his love Rosie last month!

When we say perfect, we mean perfect for them as a couple.

Aaron and Rose love playing games together – trivia games, Escape Room-esque games, anything that involves critical and out-of-the-box thinking. So it was only appropo that Aaron’s proposal reflected this significant part of their relationship.

The plan was to bring Rosie to Fathom Gallery on 14th Street “just because” (she most likely assuming they were going to brunch). Once they entered and walked up the stairs, the official proposal journey began.

Maya acted as a game show host welcoming the couple to the “Couples Challenge” where she led them through a game of questions and they each had to decide who the answer to each question was talking about (Aaron or Rosie). During the game, a violinist (an amazing one at that) played several songs that were meaningful to their relationship.

At the end of the game, Rosie was pronounced the winner. (Naturally).

Then the second game began. Maya blindfolded Rose so Aaron could guide her to another part of Fathom. The next activity was both Aaron and Rosie working “together” (obviously Aaron already knew what was going on) to decode a message hidden by individual blocks.

Congrats Aaron and Rosie! We wish you a lifetime of happiness and game-playing! 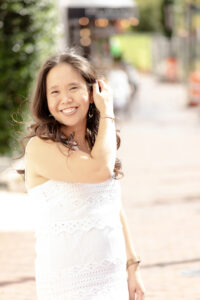 Hi, I’m Maya! Welcome to my website, Honey & Lavender. I’ve been passionate about event planning my entire life and feel lucky to work in such a fun industry. I’d love to get to know you and your vision for your next party.

Here’s a little more about me…